I can still hear the famous lines spoken by Dr. Martin Luther King back in 1963, and inscribed as an epigraph on his tomb, “Free at last. Free at last. Thank God almighty I’m free at last.” They resonate through my memory with the full force and stentorian tone they had at the time. I miss that voice, and wonder what MLK would have to say at present, if he had lived to witness the recent racist killings and general suppression of his ethnic progeny. It gives pause, if not lie, to his “I have a dream” vision for America. When I Googled the phrase, which had “about 7,970,000,000 results,” the first hit was “Free At Last Bail Bonds” in Atlanta, Decatur, and East Point, Georgia, ironically making my point.

I have written about freedom before, as envisioned in the founding papers by the Founding Fathers, as witnessed from my position of white male privilege, and as conceived in the teachings of Zen. The three do not match up.

The Bill of Rights, the first ten amendments to the constitution, supposedly guarantees certain rights to all citizens by preventing congress from passing laws abridging them. These include freedom of religion, of speech, of the press, of peaceful assembly, and petition for redress of grievances (1st amendment). The right to keep and bear arms (2nd establishing a “well regulated militia”). Freedom from quartering of soldiers without consent (3rd). To be secure from unreasonable search and seizure without legitimate warrants (4th). The right to due process including access to a grand jury, protection from double jeopardy and self-incrimination, and just compensation for private property taken for public use. The right of defendants to a speedy trial, to a lawyer, an impartial jury, and to know your accusers and the charges and evidence against you (6th). The rest cover such rights as to a jury for federal civil law suits (7th), protection from excess bail or fines and cruel and unusual punishment (8th), non-enumerated rights (9th), and non-federal unspecified rights reserved to the states or the people. All in all, the Bill of Rights apparently accumulated as specific instances of how the Constitution protects its citizens against the predations of their government.

When we review this litany of so-called “rights,” we may be forgiven if we develop an air of skepticism as to how this is all working out in the 21st century, especially for those on the low end of the inequality spectrum. It is wise to keep in mind the different aspects of “freedom to” as opposed to “freedom from.” Our social compact attempts to define freedom as occurring between people, rather than freedom absent the societal surround. The latter is where I think Zen differs, and will get to that later. First, “freedom” raises some questions.

Do we have freedom of speech, of the press, of peaceful assembly, and redress of grievances, when police officers shoot first and ask questions later; when anyone disagreeing with the administration is primaried out of office, or fired; when the press is labeled the “enemy of the people”; peaceful protestors are attacked and dispersed in front of the White House; and the Senate leader refuses to even consider any bill redressing grievances passed by the House? Do we have the rule of law when any one senator can bring due process to a screeching halt based on personal pique?

Do we have freedom to assemble when it may cause the infection and death of many in the assembly? Do we have freedom from assembly when our leadership insists on it, on pain of political punishment if we refuse?

Do we have the right to keep and bear arms (setting aside for now the argument as to what constitutes a “well regulated militia” and who is a legitimate member of it), when if you do brandish a weapon, even a toy gun, or a Taser, to resist a neighborhood vigilante, squad car patrol, or no-knock home invasion, it only brings down a hellish fusillade of death from police, swat teams, or “stand your ground” vigilantes, upon you or your loved ones? What good is the right to bear arms when they, those against whom you are attempting to defend, have unlimited firepower?

Do we all have the right to bear arms when, other than law-enforcement, only self-anointed white militia and power groups can safely do so in public, where black power groups would face massive retaliation? Those of us who remember the Black Panthers can testify.

Does the right to refuse quartering troops in our homes really mean anything, when anonymous troops can be marshaled to occupy the Lincoln Memorial on a whim? When troops can invade our homes without a warrant, or even a knock on the door? Does the right to unreasonable search and seizure exist when the weaponized decide what is reasonable?

Does the right to safety in our homes still hold, when we are facing eviction by unscrupulous landlords?

Do we really have the right to due process, such as access to a grand jury, when paid advocates can file endless delays, and the 1-percent can afford to out-litigate the 99-percent forever? Or to a speedy trial, when the courts are hopelessly constipated, and those who cannot pay the fines or make bail are incarcerated until the rusty machinery of justice finally gets to their place in the pipeline? When prisons are debtor prisons, or drug-war warrens?

Do we have the right to face our accusers, when the president of the country can defame anyone with immunity from prosecution? When any social media deviant can launch an anonymous campaign to undermine anyone online? There are now businesses that specialize in recovering peoples’ reputations! For a fee, of course.

I could go on. But I think you take my point. Such “freedoms” and “rights” as can be “guaranteed” to us by others can also be suspended by others. This is one reason why, in the history of Zen, you see that there was little faith placed in the governing forces of the time. Zen masters were known for refusing recognition of the powers-that-be, famously in the multiple rejections of the purple robe offered to the National Teacher. Just imagine what a different world it would have to be, for POTUS to offer to bestow such recognition on a Zen priest in America.

You may argue that these freedoms articulated in the founding documents never were meant to apply to all, considering that some of the authors were slave-holders. And that those today who most vociferously defend them in principle, do so from a bubble of wealth, power and privilege. Meaning they may hold true inside the bubble, but not necessarily outside the bubble. It is tempting to think that we could pop the bubble, and that eventuality was also countenanced by the Founders, the right to revolt against an unjust or corrupt government.

But Buddha did not go head-to-head with the authorities of his time and place, apparently. Though it is apparent that many of his followers were of the same high warrior class, even of his own clan. Maybe they wanted to avoid the draft. Maybe they did not want to play second banana to the Brahmins (note that upper case is proper). But they did change the rules if you wanted to join them in their experiment. You had to leave the caste system, social status, wealth and power, et cetera, behind. You had to adopt a new business model, the begging bowl.

So today we may consider a similar choice, in the face of a similar dilemma. The basics of suffering have not changed: it is still existence, craving, cessation and path. Nothing new here. But the way we construct our approach to living a Zen life in the modern milieu is the challenge. We cannot find true freedom in the blandishments on offer from our leadership. If we closely examine the particular freedoms in the Bill of Rights, we find that they fall apart under scrutiny. We are left with finding freedom in the only place it was ever to be found. As my grandmother would say if you had lost something, “One thing is sure — you will find it in the last place you look.”

The last place we look is the first place we look in Zen, which is zazen. On the cushion, separate and apart, though not totally, from the chaos and confusion of the public arena, we may find what we are looking for. True freedom has nothing (or at least very little) to do with the apparent freedom, or lack of it, that is bestowed upon us by our form of government. Though as some wag said, paraphrasing, a democratic republic is the worst form of government until you consider all the rest. And Americans will always do the right thing, after they have tried everything else.

The best form of government is self-government. No matter what agreed-upon model of social order you may be living under at the moment, that humble truth is not affected. It is always the best of times and the worst of times, as there is only one time. Please make the best of it. 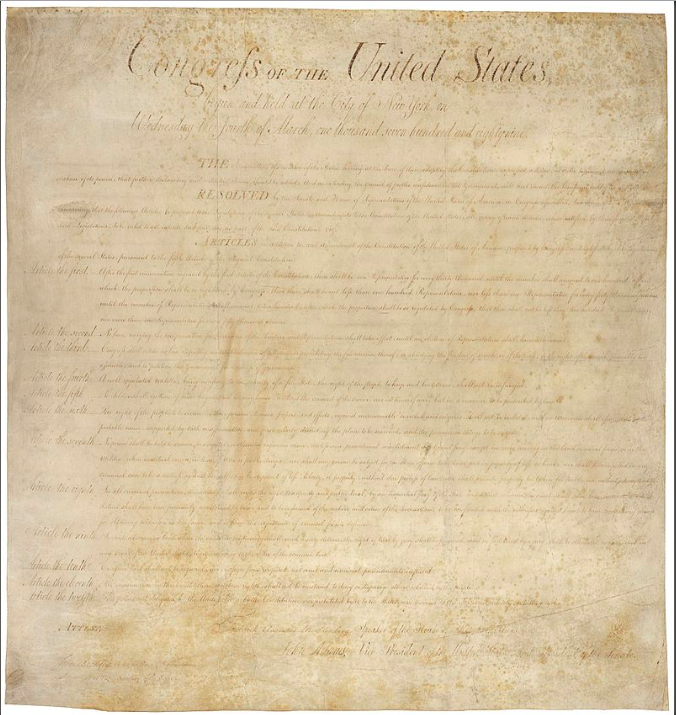